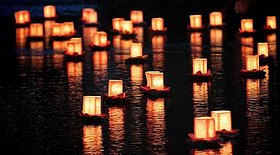 Casey Stratton is a singer/songwriter who has recorded 28 albums and has released even more B-side collections and EPs in his 20-year recording career. Born in Lansing, Michigan, Casey studied music from a young age and was classically-trained, most notably at the world-reknowned Interlochen Arts Academy.

Signed to Sony Classical from 2002-2004, Casey recorded his most widely-known album, Standing at the Edge with producer Pat Leonard (Madonna, Elton John, Jewel, Roger Waters). His remixed single House of Jupiter went to #1 on the Billboard Dance/Club Play chart.

Get the latest Casey Stratton album, The Turbulent Sea in Casey's Store and soon on iTunes or your favorite online retailer.

Stream it on Apple Music or Spotify

WELCOME TO THE OFFICIAL SITE OF CASEY STRATTON